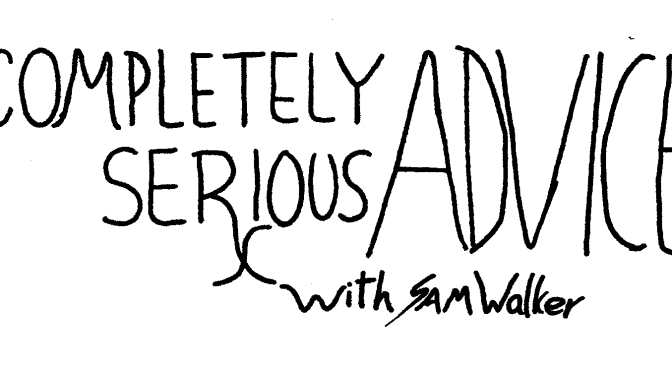 There is a squirrel in my attic, and he as been there for two weeks so far. I can’t find him when I go to the attic, I have no idea how he is getting in, and I can’t sleep much at night because he is always loud. How do I get rid of this horrible squirrel?

Straight up, I don’t know too much about squirrels, so bear with me. Before this goes any further, yeah, you could call pest control, but that would be taking the coward’s way out. Who wants to admit that they were shamed into cowardice by a squirrel? Drop that phone.

You should first try to find out what type of squirrel calls your attic home. I would guess you’re dealing with an Eastern Gray Squirrel. They are fairly common in most of the United States, favoring the backyards of houses as a foraging ground, for relative ease and a lower predator presence. These squirrels have been known to set up nests (known as a “drey” in the scientific community) and forage in a localized area around the “home base.” These specific squirrels are also extremely fond of hiding things, which leads to exploration—resulting in your current predicament. Seeing as the squirrel has been in the attic for two weeks and your every search attempt ends in failure, I think it’s accurate to say the squirrel knows more hiding spots than you do.

Honestly, there isn’t much you can do in this situation, if you rely on conventional methods. No, this squirrel is too smart, too resourceful. There is only one way out now: Raise and train another squirrel to be a one-critter war machine, whose sole purpose is the elimination of its own kind, should they invade your lands.

Are you ready to raise your own little ruthless animal companion that you will manipulate and brainwash into becoming the living embodiment of vengeance on this earthly realm? Sure you are! You’re going to need good stock to start with, which means searching for a very specific type of squirrel. First, let’s look at what you need to beat. The species of squirrel you are dealing with tend to average 380-525mm in total length, with a weight range of 300-713g. Therefore, the best squirrel to choose to defeat your current pest is the fox squirrel, with a total length anywhere between 40-75cm, and an average weight range of 500-1000g, so it has nothing but advantages. Lucky for you, the fox squirrel is found in the same areas as your current suspected perpetrator, so let the hunt begin!

Start your search by looking for freshly hatched squirrels (“hatched” isn’t the most accurate term, but it sounds cooler for the birth of your avenger, who is part Stuart Little and part Batman). You will need to find a suitably sizable young one and kill both of its parents, leaving hairs of the gray squirrel behind. You will then nurse the baby fox squirrel back to health and find a way to teach it to fight with mini-weapons. I won’t tell you how to train this loose cannon—making you figure out a way to do that is about 46.2 times funnier than if I told you. I will give one hint: Training montages. To the max.

Once you feel he is ready, deploy him to the attic and hear the sweet sounds of justice at last. One important thing I feel I should mention: Do everything in your power to make sure he never learns you killed his parents, because he will become Squirrel Batman. You don’t want any kind of Batman against you. Ever.

My female friend wants me to wingman her at a bar, but I have only done it for men. I feel it’s a totally different thing, so what do you think I could do to make this work for her?

This great classic friendship-based tactical partnership with a new-age, cross-gender twist? Women are moving up! Personally, I don’t really see the need for a woman to have a wingman. As Confucius once said, “Women can always get laid. Every. Time.” Basically, normal wingman advice would be boring. We’ve all heard it before. Say good things about them; always deflect compliments received to the “topgun” of the situation, blah blah blah. Boring.

Instead, I shall invent a new wingman style for you wonderful conspirators, THAT TIPS THIS GAME ON ITS HEAD! THAT SUCCEEDS IN TURNING THE TABLES WITH NONE THE WISER! THAT…well, basically just does something that’s not terribly original, but original enough to get a name. THE INDY 500! That name totally makes sense, so I don’t want to hear shit about it. This is what it feels like to be a trailblazer!

As we know, most wingman situations are positive in nature, focused on carefully crafted compliments and subtle herding tactics to make the group shift how you want. We are going the go in the complete opposite direction, deep into the lands of the extremely horrid public displays of the utmost negativity. You see, you guys have a unique situation here. One of you is male, while the other is female. You see, with one small visit to pretend land, the prestigious outer-pretend land acting academy, and the far less prestigious pretend land liars guild: this game is yours to win.

What you do is pretend to be an item of at least 3 years, who on this particular day (your “anniversary”), has come into the bar screaming the worst made-up (or legitimate, because pulling punches are for people who pull punches) things you can. Whatever seems more real. The brutality of the breakup should be the main focus, and you my friend should be playing the part of the villain, to give all her “potential suitors” a uniting factor. It will literally be a race…to get from where they were to be closer to her.  They will also probably bunch around her for some protection nonsense, but it will allow her to get a close-up look and really make an informed decision as to what the best choice would be.

So, mission accomplished? Not even a little, Cowboy. The situation that was just created also serves as one of the best extraction set-ups in the world of scheming. Come up with signals. They can be anything you’d like and done via text. One is “Good job! Take the night off!” and the second is “Call me immediately and scream a lot on the phone to make things seem like a real emergency,” so your female partner has an instant get-out-of-an-awkward-mistake card to use. Set a third signal for the next day, which would basically mean they answered incorrectly the night before. I should mention that you can’t enact this scheme very often, or people will catch on. Then, they will probably tar and feather you.

I recently found out that there is a surprise party being thrown for me. How should I handle this?

Whew! Here I was thinking we could get through one of these without a list, but surprise party with reverse surprise to foil a whole group’s feelings of teamwork and general community togetherness had to show up. I’m totally into that! You think that responding in kind with similar surprise isn’t necessarily the only way to deal with the situation, but it clearly is the most fun for you. What other options allow you to drink in the despair pouring from the recently outdone? Logic shows that a reverse surprise causes an equal or higher amount of surprise. That’s more surprise for everyone, and too many people suffer from a dangerously low level of surprise. It’s just the right thing to do. So about that list…

That should be enough for now. I would go with one through four, but that’s just me. I’m just a guy who gives advice.

Well, I hope this has helped some people out there. Have any issues or questions you need advice on?