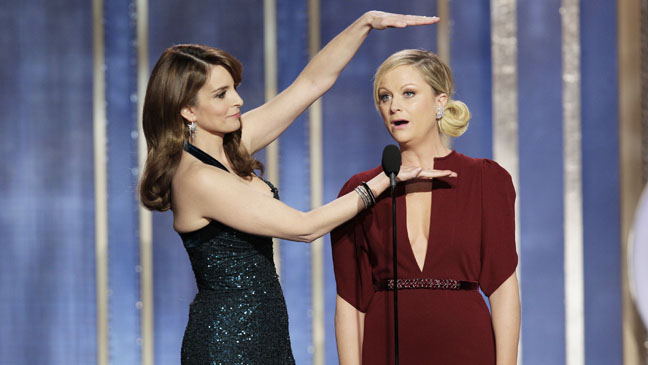 1. Jennifer Lawrence will knock over all the awards and the E! News headline will read JLAW DOES SOMETHING ADORABLE.

2. Mickey Rooney will be on display.

3. For good luck, all nominees will get the chance to touch the frozen brain of Walt Disney.

4. After a sudden shift in the Polar Vortex, the red carpet will feature an array of fashionable sweaters.

5. The definition of a “Gift bag” will be stretched to include a garbage bag filled with Mentos.

6. Tina and Amy will hip bump three times every time they enter and exit the stage which will be the reason the broadcast goes 2o minutes over.

7. Billy Bush and Ryan Seacrest will duke it out (play Rock Paper Scissors) to determine who’s the coolest dude in television.

8. In a surprise sweep, Modern Family will win awards in dramatic film categories and no one will care except Ty Burrell.

9.  The real life Captain Phillips and the ghost of Nelson Mandela will get in to a heated debate over this year’s Best Animated Feature Nominees.

10.  Downton Abbey will win for Best Television Drama but everyone backstage will tell them they should have won for best accents.