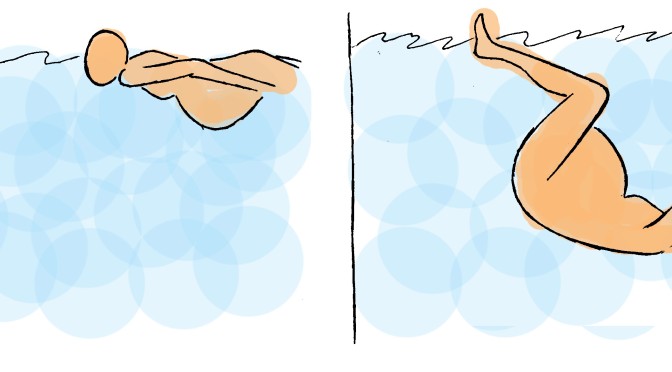 I can’t imagine the difficulty of pregnancy: sleepiness, odd food cravings and the constant worry of “will this harm my baby?” My older sister’s pregnant, and she’s always surfing the web, searching for what she can and can’t eat or do. When in doubt she doesn’t hasten to contact a doctor—apparently there’s conflicting information out there concerning salmon consumption. Anywho, this is not about my sister. It’s about the poor soul who decided my opinion was better than a doctor’s.

The YMCA is one of the greatest places to work as a lifeguard. (Yes, I know how to swim. Yes, in water. No, being halfrican doesn’t mean I only know every other stroke. Enough!) When you’re a lifeguard, most swimmers wave and smile. Contrary to the brochures, young women almost never go swimming at the Y, especially in a two-piece. It’s mostly just old men and older men. So when this young, pregnant woman walks out on the pool deck in a two-piece in the middle of winter…well,  let’s just say I wasn’t the only one thinking “Are you sure you came to the right place?”

She and I strike up conversation. After a while I mention that my sister’s pregnant. Except my vengeful southern Virginia accent came out and I said “sista.”

“When you say, ‘sista’ do you mean like your sister, or your sista?”

Clearly she felt comfortable using me as her Negropedia, so I didn’t mind saying the following:

“Chea, like my sista, my dog, we grew up in the same crib and all dat, but I don’t know if wez related because our pops always be on Maury. She cool tho.”

In my head this would end the conversation, but, of course, I was wrong.

“Okay. Well, I just came over here to ask if it’s okay for the baby if I did a flip turn.”

Why would I know the answer to that question? Life lesson: If you’re going to a stranger for advice, expect strange answers.

“No it’ll be fine, because the…velocity will keep the baby steady due to all the…momentum and stuff.”

Have you ever seen a pregnant woman attempt a flip turn? It’s like someone fell off a yoga ball. The worst part was that the bottom of her two-piece came off in the midst of the struggle, and she started flailing her arms to balance herself and reclaim her dignity.

“Why were you looking, man?! That preggo is going to be somebodies mother!”

Lifeguards are never supposed to take their eyes off the pool. No matter what happens! It was heroic, actually.

As she reached the shallow end I contemplated asking her if she was okay, but it would have been too cruel. Not being able to see below her stomach she put her bottoms on backwards. Without looking at anyone, she got out of the pool gracefully, grabbed a towel and left. She might not have learned the difference between sister and sista, but she got first-hand experience on velocity, and momentum…and stuff.