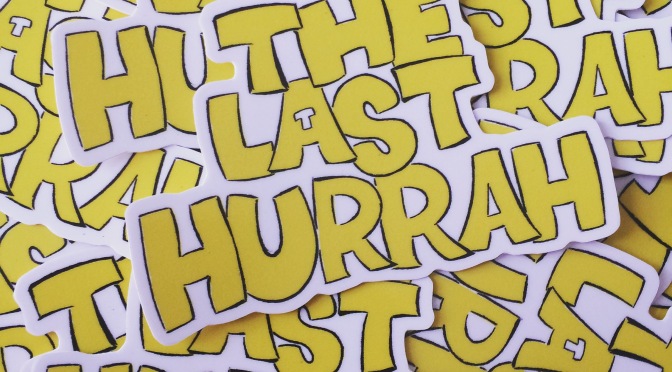 Kick off your week right with our newest episode!

53 – The Greatest Emmy Recap Ever

Due to a lack of audience this Sunday (as is an occasional side effect of doing a Sunday night show in Frederick, MD) I took the crew out for ice cream. Last Night, Christine McQuaid, Emily Perper and I recorded the greatest Emmy Recap ever.

Subscribe and review the show on iTunes or stream it on LastHurrahLive.com 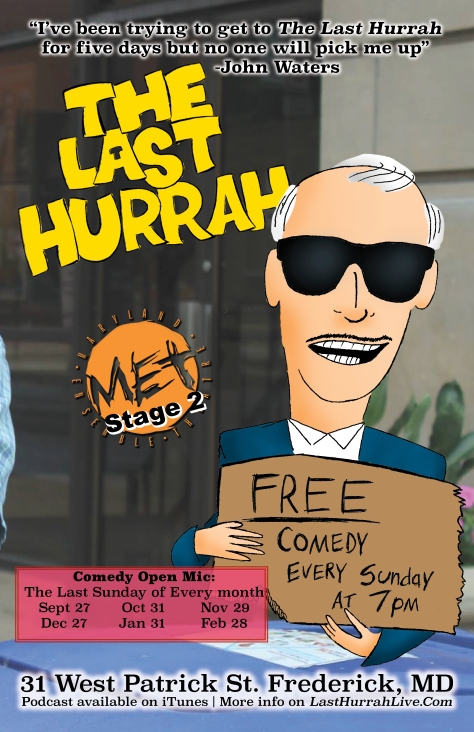 Then, swing by the Maryland Ensemble Theatre for…

This Sunday Sept 27, 2015 at 7pm, The Last Hurrah is furthering its efforts to cultivate local comedy by hosting their second Monthly Comedy Open Mic Night. On the last Sunday of every month, The Last Hurrah will open their doors to anyone from stand up comics, to sketch performers and improv teams looking to get some practice in front of an audience. Performers will be given 5-10 minutes of time in the Maryland Ensemble Theatre’s Stage 2 space, and as always The Last Hurrah is absolutely free to attend.

Open Mic episodes are recorded for the podcast, but performers can opt out of having their set broadcast on the show.

The fun starts this Sunday at 7pm!