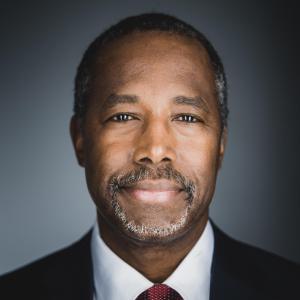 Mr. Trump and I don’t agree on every issue, but it has recently come to my attention that we both hold the power to alter the course of history. Donald proposes that as president he would have prevented 9/11 from occurring but looking back at the course of history I know I could do better.

Perhaps one of the most impactful events in our planet’s history was the crucifixion of our Lord and Savior Jesus Christ. I recently spent a good deal of time in silent reflection on this issue and can confidently say that if I had been around in those days things would have gone differently.

Seated in power as Emperor Ben Carson, the Christ Case would not have even made it to court. Instead, I would have stood up to the pharisees early on and said “Hey folks, this guy has some really good ideas, I think we should listen to what he’s saying and maybe let him stick around for a while.” It’s really not that hard to see how things would be different. As the Son of God, Jesus would not have perished on the cross and speaking as a doctor, I’m certain he would not have perished at all. Had I been in power at the time, Christ would have lived on to personally discover the Judeo-Christian nation we live in today.

When my time as emperor was up I would have had the foresight to put in place laws to prevent the actions of the Caligula administration that followed. What we need in the White House is a leader who is willing to look back and see what things might have been done differently in the past to save our present.

To maintain a sense of accuracy, please read in a dreary mumble.

One thought on “I Would have Saved Jesus”