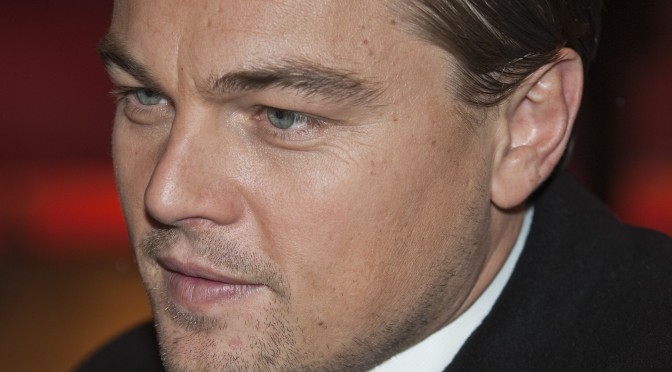 As part of a once time honored tradition, the Academy of Motion Picture Arts and Sciences would close every Oscar ceremony by hosting a press conference with losing nominees. For 86 years, Oscar losers would be carted out in front of a sea of reports and lambasted with questions as to why they failed to take home an award. Following the 2014 Oscars something changed that caused the Academy to erase all evidence of the post-show ceremony, luckily The Annual has obtained a transcript of that event:

-Mr. DiCaprio, how does it feel to have lost your fourth chance for an Oscar?

-But you’re so emotional in the movies, c’mon, give us some of that Leonard fire!

-Leo, your Wolf of Wall Street costar Matthew McConaughey actually won the award for best actor, do you harbor any ill-will towards him?

-How do you think he beat you?

-This is your fourth Oscar upset, what will it take for you to win?

-Mr. DiCaprio, the academy has watched you grow and evolve as an actor from the young age of 19 when you were first nominated for an academy award for What’s Eating Gilbert Grape. You’ve been nominated for your work in The Aviator and Blood Diamond, but overlooked for your role in such films as The Departed, Django Unchained, Revolutionary Road, and The Great Gatsby among many others. Have you resigned to the fact that you may never win an Academy Award?

[More silence, observing the footage, onlookers can notice the glass in DiCaprio’s hand begin to shake]

[The glass shatters in my hand]

-Oh my god! He’s doing the scene from Django!

-QUIET! I have worked day and night to hon my craft. To entertain. To put something real on film. All you people care about is this award, which OF COURSE I WANT! Why the hell else would I do a film about J. Edgar Hoover? Do you think it’s easy being Scorsese’s muse? You have no idea what it’s like to put in a hard days work. The truth is, the pursuit of this award is all I have to keep me going. Do you think I’d be making movies if I won after Gilbert Grape? God no! You’d never see me again. You people need me to lose this award so I can fill whatever empty space occupies your sense of self-worth. “Well if he can’t do it, I guess I’m doing okay.” But the one thing that brings me comfort, is that when all of this is done, and I die, I’ll make the front page of the New York Times, you’ll be footnotes in your hometown papers.

[Taking the shards of glass, Leo hurls them into the crowd and the room falls silent as he exits the stage.]

After that night, the Academy would never host another post-Oscars press conference with the losing nominees.