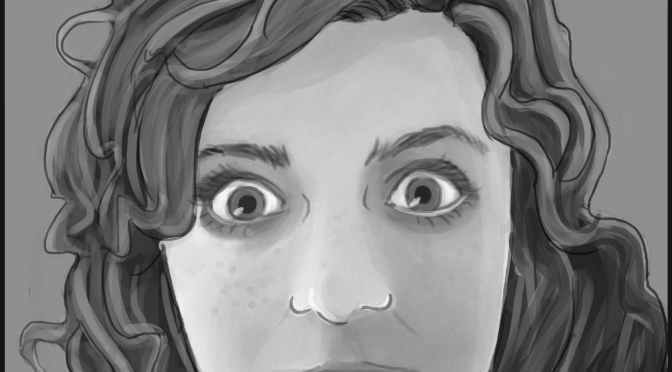 In The Annual #10, we shared an interview with comedian Sara Benincasa. With the advent of her new podcast, “In the Casa with Sara Benincasa,” we thought we’d better introduce our online readers to this stand-up comedian/YA novelist/memoirist/storyteller/web editor-in-chief who advocates for mental health wellness in LGBTQ youth. She also has an adorable dog named Morley Safer. Yes, she does everything. 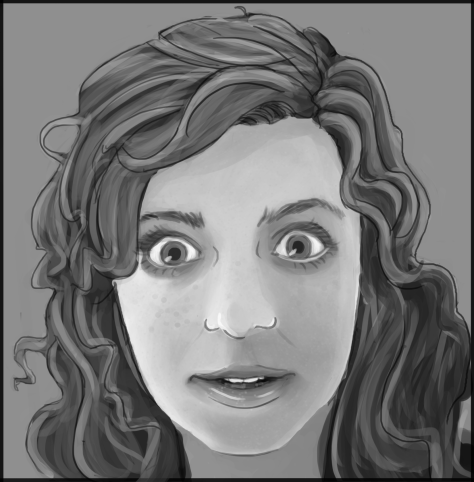 Emily Perper: So how are you?

Sara Benincasa: I’m good! I usually get up at 5:30, which is crazy. I blog—I’m the editor-in-chief of a site, an entertainment-humor site called Happy Nice Time People. Happy Nice Time People runs on an East Coast schedule, so I have to be blogging starting at six a.m. So I get up and walk the dog. I actually got up a little late today because I had an interview that wasn’t until 7:45 with Sirius XM, so that was very exciting.

EP: This is good, because I felt a little bad—“I hope I’m not getting her up really early on a Saturday and ruining any sleeping in plans.” What was your Sirius interview?

SB: It was The Judith Regan Show on Stars. She was this very powerful publishing industry person for a while, and then she transitioned to radio. Now she has this radio show, and it was fun; it was really fun.

EP: Were you talking about [your new young adult novel] Great?

EP: Good. I’m so glad you’re getting the word out about the Kickstarter. I believe in it. I think we’re going to make the goal. Notice I’m using “we.” I’m obviously very invested in this.

EP: I was actually going to ask you about Happy Nice Time People, because you just started that gig, right?

END_OF_DOCUMENT_TOKEN_TO_BE_REPLACED 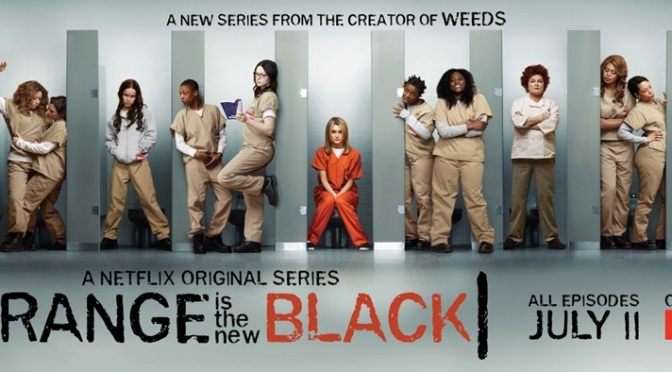 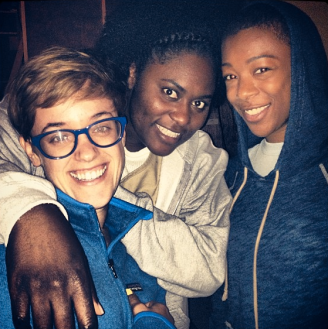 1. When Netflix crashes because everyone’s watching “Orange is the New Black” at the same time, take a few minutes to read this interview with the show’s talented & adorable writer, Lauren Morelli. (Brittani Nichols, Autostraddle, January 2014)

2. Read this as you wait for your friends to show up to brunch. They’re always late; there’s always a wait. It’s okay. Your Brunch Order is the Window to Your Soul is here for you. (Bennett Madison, Gawker, June 2014)

3. The comedic minds behind and stars of NBC’s “Undateable” took to the street to promote their new show. Read creator Bill Lawrence’s tour diary: The “Undateable” Comedy Tour: How to Launch (or Not Launch) a TV Show in 2014. (Grantland, May 2014)

4. Check your mailbox. No, not the one in front of your house — you, know, the other mailbox. The one where you’ll find The Illuminati Summer Newsletter. (Will Stephen, The New Yorker, May 2014) 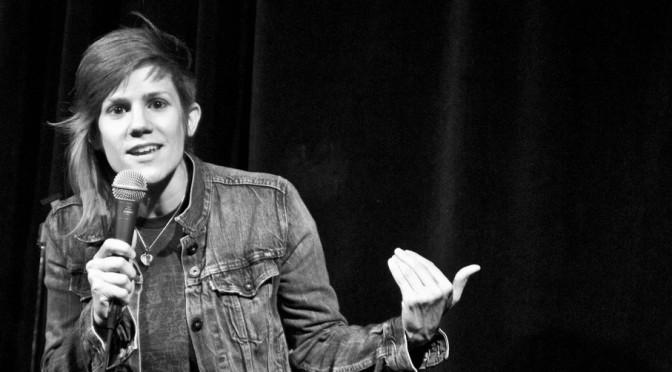 2. The New Yorker presents Missed Connections for A-Holes: “Our eyes connected but you just kept walking. If I had the chance to see you one more time, I would roll down my windows and call you a dick.”

3. Being a Comic & a Punchline by Cameron Esposito is about being a gay lady comedian in front of a hostile, hetero crowd and combatting the ignorance of comedians who use sexuality as a punchline.

4. I found My Ideal Weddings, By Age to be inspiring because a) my best friend is getting married on Saturday and b) I NEVER imagined my wedding as a child, so I can live vicariously through Maris Kreizman. 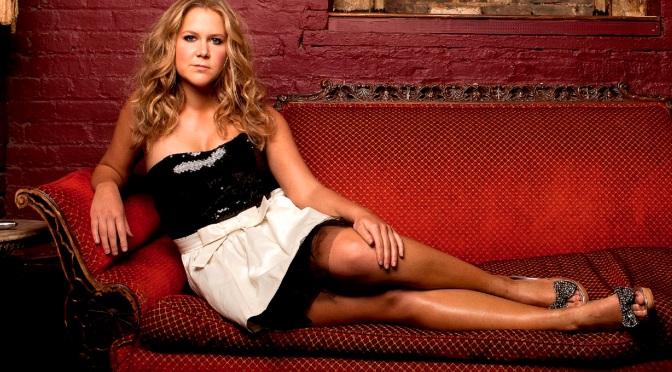 “Terms and Conditions for Watching Your Stuff.” (Eliza Berman, The Rumpus)

“How Amy Schumer Gets Guys to Think Feminists are Funny.” (Eliana Dockterman, Time)

Like, part of me doesn’t care if men think women are funny? Because, like, screw those guys? And not literally? But this is a good analysis of Schumer’s comedic process and made me want to watch her show. In addition, I agree with the author: “the female [insert male-centric show here]” is SUCH a lazy way to describe anything. Especially awesome comedy.

“The Beards Are a Joke.” (Justin Heckert, Atlanta Magazine)

I started to read this piece, saw it was 10 pages, and almost went to bed instead. I’m glad I didn’t. The story’s premise–four bearded dudes from Atlanta climbing into an SUV and touring the country and doing standup all over the West Coast–is deceptively simple. This piece is immensely readable. I couldn’t stop. It’s a delight.

“I Was an Arcade Fire Bobblehead Decoy.” (Amos Barshad, Grantland)

“The top secret missive came from deep within the Arcade Fire camp — we’re bobbleheading tonight. We need an extra bobblehead. Are you ready, willing, and able to assist in the case of bobbleheading?”

Broad City is one of those unexpected yet universally beloved shows. If you’ve seen any or all of the episodes, you’ll have noticed that, as Petersen points out, Broad City has a lot in common with dude-centric tropes (pot! casual sex! etc.) and this places it in a category of women performing transgressive comedy (see: Gilda, Lena, Lucille). Spoiler alert: It’s awesome. And important for Feminism.

“I regret pairing Ron and Hermione together (because Ron is a time-traveling Dumbledore),” JK Rowling Admits.” (Mallory Ortberg, The Toast)

God, I love The Toast. It might be the One True Website for up-and-coming writers/lady power/funny everything. I tangent. The omnihilarious Mallory Ortberg explores the possibility that Ron is Dumbledore and Dumbledore is Ron BECAUSE TIME TRAVEL. (Read “The Secret Ronbledore Pages” here.) 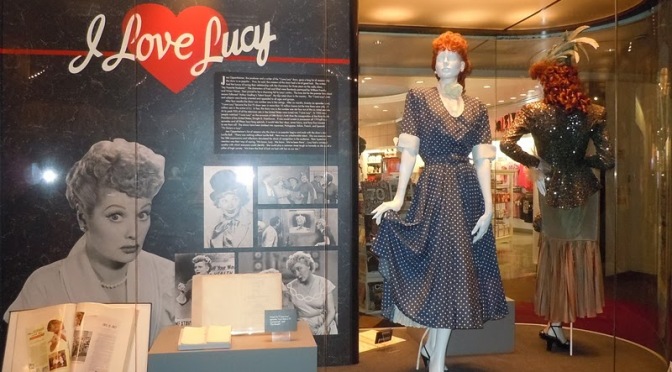 Welcome to Laughing with Longreads! Here you’ll find an essay by a famous comedian, or an interview, or a piece of fiction. Sometimes there will be philosophy or history or satire. There may be discussions about the intersection among comedy, race, queer identity, feminism, poverty and more. You’ve been warned.

By the time you’re reading this, the editor-in-chief of The Annual and I will be en route to Georgia in search of river monsters and pimento cheese sandwiches and rumored warm weather. Try to contain your jealousy, and check out these pieces about comedy. And send me your suggestions via perper.emily@gmail.com or @Emily_Perper! 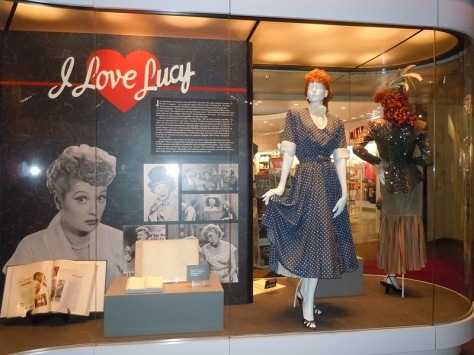 In the wake of the #CancelColbert fiasco, I searched for solace and found this thoughtful piece written earlier this month before by a queer black man who loves comedy and likes Louis C.K. Here, he writes about C.K.’s occasional use of slurs in his stand-up. It explores the messy lines between identity, intention and the things we love.

The authors want to help you write your best trend piece. You know, the one that’s been written literally dozens of times already: “We know why you’re here. Your editors want the story, it’s freezing where you’re from and you want that once-in-a-lifetime opportunity to expense a night at Mission Control, the sex club for techies.”
Support the Annual and receive humor every bi-month for only $20 a year!