T.M. Scholtes as The Oregon Trail

There, that oughta keep them happy while I finish writing an actual post for Monday…

The American Horror Story creator is well-known for his love of the macabre. In fact, many believe that Murphy uses Horror Story as a venue to confess to a series of BDSM-inspired murders he has committed since 2005. What many don’t know is he uses Halloween as a day of rest. Between producing Glee, American Horror Story and an estimated 28 murders a year, Ryan Murphy keeps busy, but in a recent interview, muse Jessica Lange said, “[Ryan] is simply wonderful, and incredibly Zen. Every year I invite him to my Halloween Ball, but he consistently declines in order to spend the day in meditation.” He has reportedly done so since birth.

Carpenter, largely responsible for the slasher genre, actually abhors the holiday that inspired his biggest hit. Little-known fact: John Carpenter is a devout Catholic who created the film as a cautionary tale to frighten teens away from celebrating a pagan holiday. He hoped Michael Myers would become so ingrained in the public subconscious that children would spend Halloween in church and not out on the streets.

Many would be surprised to find that the Master of Menace actually was found with a soul for getting down. While Price took part in many Halloween specials they were all taped at least a week in advance, and he would spend Halloween at home watching the specials in the dark. 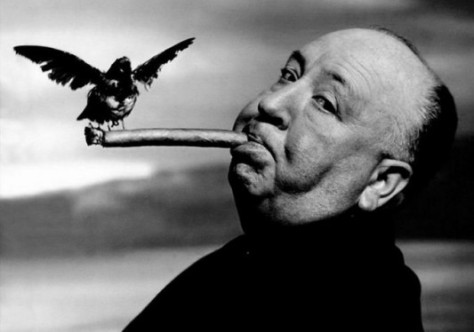 Hitchcock, the man who put horror on the map, was a tad too pretentious for his own good. While he spent his days devising ways to frighten the movie-going public, he considered Halloween “amateur hour.” It’s said he kept a trained flock of birds outside his house to violently attack anyone who would approach his stoop to trick-or-treat.

NPH and his family famously go all-out with their creative Halloween costumes. However, the family has never laid a sacrificial goat over a concrete slab, drained the creature until its veins ran dry, then bathed in the goat’s blood while pledging their allegiance to the mighty Lucifer.

Subscribe to The Annual in print for only $20 a year!