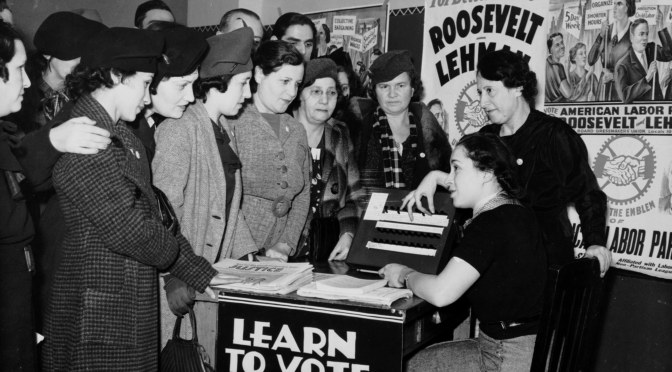 Tuesday will a big day for voters, with 5 states hosting their primary elections. Maryland is set to play a key role with 95 delegates at stake for Democrats and 38 for republicans. This comes with numerous changes to the voting process as the state has decided to forego electronic ballots, luckily we have all the tips you need to cast your vote in the Maryland Primary.

Your polling location should have been mailed out to you. In the event that you forgot, the easiest way to locate it is to go outside the night before election day, locate the North Star and follow it for 57 paces. This should plant your right in front of your designated polling place, leave a trail of bread crumbs so that you can locate it in the morning.

While the constitution ensures your right to vote, there are strict laws in place to protect you from voter fraud. The easiest way to be guaranteed your ability to vote remains is to bring a copy of your fourth grade year book, this has been the gold standard of identification since the Lincoln administration.

While Maryland votes are no longer cast with electronic machines, the new ballots aren’t entirely new. Election officials have opted to revert back to methods used by the state’s founding fathers. When you arrive at your polling place, you will be given an electoral crab mallet, find the crab that represents your chosen candidate and give it wack (names are often written on the underside of the crab in blue sharpie). The bashed crab will then be cooked and fed to a state delegate representing your candidate, the delegate to gain the most weight decides the outcome.

Independent voters get very little say in Maryland’s closed primary. So little say that independents who enter a polling place are often locked up and sentenced to 6 months in prison, which tends to disqualify them from voting in the general election. However, it is still possible for independents to make their voices heard. When the moon is in its third phase, burn an effigy to your candidate of choice deep within a field of corn, let the blaze catch amongst the crops and spread to the nearby villages. The message of your chosen candidate will be carried on ashes and taken to the state house in Annapolis.

Wear your “I Voted” sticker with pride so that you do not fall victim to the hoards of spring breakers, searching a human beer bong to take with them Ocean City.