It’s 2016, American Idol is a thing of the past, the newest winner of The Apprentice has been appointed to the office of Vice President. Our nation is now a televised trash heap, leaving many to ask “what televised trash will fill the void?” Here are some great new programs fill the few moments when our incredible President Trump is not gracing television screens:

Sing For Your Supper

30 contestants. 30 days. 10 meals a night. This is the show that will revitalize the singing competition, it will occur nightly and there’s a very real chance that 20 people could starve to death. American television has no time for losers and this program will take effectively take them out of the equation altogether.

In Trump’s America it goes without saying that you could basically shoot a guy on 5th Avenue and get away with it, so the freedoms afforded by taking a show out to sea will eventually lose it’s appeal. Think of International Waters as a pilot program, send 12 sex-crazed douchebags to the middle of the Pacific let Americans grow desensitized to the violent crimes that are just waiting to happen. Come 2018 viewers be well prepared for the daily purge.

Those people in Flint are losers, I’m sorry but it’s true, they’re losers. That’s why the auto industry left them for China back in the 90s. President Trump isn’t going to spend capitol to bail out this failing town, let it flounder and bring in 5 families from suburban Wyoming. With a deteriorating school system and a poisoned water supply, it’s gentrify or die! 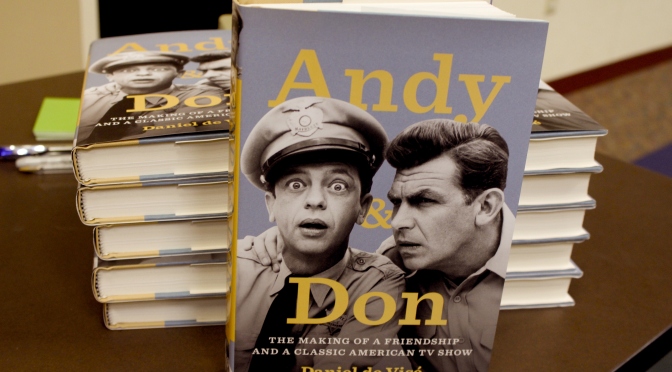 Daniel de Visé is the author of Andy & Don, a book that chronicles the lives and friendship of Andy Griffith and Don Knotts. De Visé, who is Don Knotts’ brother-in-law, brings over 20 years of journalism experience to his research and writing. We had the chance to speak to him about covering one of television’s most renowned comedies and its stars.

It’s about their friendship throughout—but remember, they weren’t friends until they were in the third decades of their lives, and the middle 50% of the book is about the show. That’s such a massive part of their friendship and what people care about. I try to start with each man’s birth and go all the way to their death.

It is a double-biography. It’s funny—an early reviewer of it accused me of writing a formulaic double-biography, which is hilarious because I didn’t know there was a formula. I apparently followed it unwittingly. 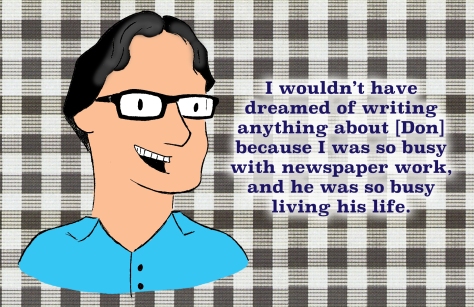 How do you find the balance between both subjects?

The balance came easily, because I started by focusing one long chapter on each man’s childhood. Once they’re together, there’s all those chapters where they’re both participating. Once they’re apart again, later in their lives, each man did so many different things that I found myself focusing 50/50 on each of them. It would have been tricky if one had done a lot less, but they were both so active throughout their careers. It was easy to keep it moving on both of them.

END_OF_DOCUMENT_TOKEN_TO_BE_REPLACED

The Emmys are coming and right now network execs, producers, actors, and writers are campaigning and promoting their various shows, miniseries, and made for TV movies in hopes of getting that coveted golden statue that catapults you into a league of television greatness. This Emmy season I too will be on the press train as I attempt to win back the love of my life, my ex-boyfriend, Emmanuel; Emmy for short.

I have been standing outside his apartment holding a sign over my head that says “For Your Consideration” to let him know that I have nominated myself to be his girlfriend. My hope is that he will name me the winner and present me with a golden statue that reads EMMY’S GIRLFRIEND AGAIN and also be my boyfriend for the second time this year.

Much like the actors of the television show The Sopranos, which won a total of 21 Emmys during its illustrious run, I am on the ground doing the footwork that it takes to promote a truly great product. For example, I have been doing many interviews while I live on the curb outside Emmy’s apartment. Some questions I have been asked so far are, “What are you doing out here?” “Do you need anything to eat?” “You need to move out of my way, I’m trying to get to my car.” And, “it’s going to rain.” To which I always answer, I’m here to win back the love of my life, my knight in pajama pants, my NBC peacock, my Netflix snuggler and my Hulu Plus love. Of course at the end of each interview I thank them for their time and ask them to follow and promote my journey back to Emmy by using the hashtag #BriWantsEMMY. It’s not trending yet, but I do believe that as awareness of my journey increases, Twitter will see a BIG spike in tweets.

There are four other ladies nominated in my category; Diane Shooter, Brandy Michaels, Valerie Harrison, and Carroll Erickson. I have been following Emmy while he is out on dates with these other nominees and I have discovered the following about the competition. Diane, or Di as Emmy calls her, is sweet and nice but pretty new to the girlfriend category and needs a few years to establish herself before she’s worthy of Emmy. Brandy is experienced and could really give me a run for my money. She’s the veteran and knows how to sweet talk Emmy to get what she wants, which is usually to watch the Brandy version of Cinderella on VHS. She also has beautiful blonde hair and a real sturdy yet dainty collarbone, something I know Emmy likes in a woman. Valerie is funny and quick witted. Her story about the squirrel that likes to swim in her parents’ hot tub while her grandfather is taking a soak made me laugh so hard I had to find a different hiding place because I was shaking the bush I was in. Plus, her performance as the caring love interest while Emmy was sick was in a word, inspiring. She did things with vapor rub I would have never thought to do. Carroll I can beat based on the fact that Emmy always texts his friend Steve while she’s talking; this makes me think she doesn’t have a great possible girlfriend rating.

My odds are tough though, I hate to say it but I’m truly the underdog of the group considering I’m the only girl in the category Emmy has ever told to, and I quote, “get out of my life” because, “you killed my mom!” In my defense I did not remember his mom had a nut allergy when I tricked her into trying my famous banana nut bread and stabbing her with an EpiPen seemed like a very cruel thing to do to someone while they’re in so much pain. (I now know that the EpiPen would have saved her life. Live and learn)

The winner will be announced on September 20th, 2015; Emmy will read the results from a gold envelope that I have placed under his door. Inside the envelope are the words “And the girlfriend is_________” it’s his job to fill in the blank. I’ve invited the four other girls to join me outside Emmy’s apartment on that day. They are supposed to dress in their finest award show attire, no ripped jeans and definitely no sneakers. I have no doubt that Emmy will say my name because I’m the only girl who’s out here promoting herself and as past Emmys have shown, the guy who doesn’t do promotion never gets the Emmy, just ask Steve Carrell. It will be tough seeing the fallen faces of the other girls, but I’ll be sure to give them a shout out in my acceptance speech. They really are top rate girls, except for Carroll, and to win against them says a lot about me.

After the results are read, Emmy and I will sit down and watch the 67th Emmy Awards on FOX hosted by Andy Samberg. It’s going to be a great night, just me and my again boyfriend Emmy watching the Emmy’s, what love is meant to be.