The Annual #002 is now available for PREORDER! So preorder it and we will ship it to you first thing when it arrives next week!

This issue features an exclusive interview with The Amazing Atheist, as well as a haunting expose behind the film Zero Dark Thirty. Sam Walker returns with more completely serious advice, Briana Haynie dishes out some parenting tips, Matt Lee tell us why he tried to score with George Washington and the Animals Fighting Saga continues!

Still haven’t picked up Issue 1? Add it to your cart as well and use the code PREORDER to get it for only $2 (offer only valid with a preorder of The Annual 002)

The Annual is officially available at Atomic Books! Tell your friends, stop by and pick up a copy!

In 1997 he competed against seven others in the Australian documentary series “Race Around the World”. He lost, but that didn’t stop him. Over the next decade he went on to launch many successful documentary series on the ABC (Australian Broadcasting Corporation) and SBS television. His programs explored the various aspects of religion and spirituality, and the differing views about interfaith and interracial love. In his travels he has met priests, gurus, voodooists, Klan members, and Freemasons. He’s endured beatings from zen Buddhist teachers, was given an exorcism by the Christian preacher Bob Larson, and has had nails driven through his hands when he subjected himself to a devotional crucifixion in the Philippines. A man this intense could only be JOHN SAFRAN (PART 1)

David Luna: In your adolescence, did you do anything comparable to the wild acts we see in your shows, like drinking peyote in the desert, or placing a voodoo curse on your ex girlfriend?

John Safran: Absolutely not. The kind of weird thing was, before I went on the show “Race Around the World” (which was the first time I was on TV), I was always really quiet. I find pranks so wince-inducing. I hate doing them. I hate being in them. I only do it because, I think that in the past there’s been times where I have this creative spirit in me where I feel like that’s me, who I am, what I want to do, so I sort of go through it because of the end product. But I hate doing it.

I was quite quiet. I was always poking around trying to look at different things to be creative with, like putting a band together or trying to learn how to draw comic strips or trying to devise a board game in grade six. I was just one of those kids, always trying to do creative stuff. Yeah, I was never really loud.

DL: Where do you imagine you would be if there were no Race Around the World?

JS: Well, I was working as a copywriter in an ad agency, and I’d been there like for four years, and I just know I would have stayed there. I sort of got into a groove there. And I reckon I’d be really fat by now. Really fat.

DL: What accomplishment from one of your shows, or anything else you’ve done, are you most proud of?

JS: I guess it’s the stuff in the very beginning of my career where I go, “Oh!” That was the thing where I found my feet and my voice and stuff, so there was that. Or probably when I got exorcised. A week will not go by when someone doesn’t engage with me on some substantial level, and so it’s flattering to me in a good way. Like yesterday, the guy serving me coffee was going “yeah, I grew up in this Christian cult, so when I saw that it kind of made me question things about this and that,” so it seems like I’ve sort of engaged with the world in some kind of positive way. You look like you’re trying to be transgressive, which you are, and you screw up and actually hurt people’s feelings, I’m not denying that. But generally, like, I’m not a sociopath, I’m usually way happier if people are happy with what I do, like if they laugh at it or say, “Oh, that made me think.” You can’t please everyone on the one hand, but if I’ve done something and I really get a “vibe” that everyone was so offended by it, it might not have been the right thing to do. Oh, well.

DL: Do you have a least proud, or most embarrassing moment?

JS: [Laughs] I guess on my last show, “Race Relations,” I intentionally did this thing where it was all about making it as cringe-worthy as possible. It was more disorienting than most of my shows. I’m sort of putting myself in these situations where it’s really ambiguous as to whether I’m being a jerk, or am I being brave. And I just got a lot of blowback from that where I just thought, “Maybe in my next show I won’t do that slightly more performance-arty thing again.”

END_OF_DOCUMENT_TOKEN_TO_BE_REPLACED

Big news! In a few days, Atomic Books in Baltimore, MD will carry The Annual!  If you’ve never heard of Atomic Books, they have a great selection of books, zines, vinyl, oh… and John Waters gets his mail there. Atomic Books is the first store to agree to sell The Annual and with any luck they won’t be the last! 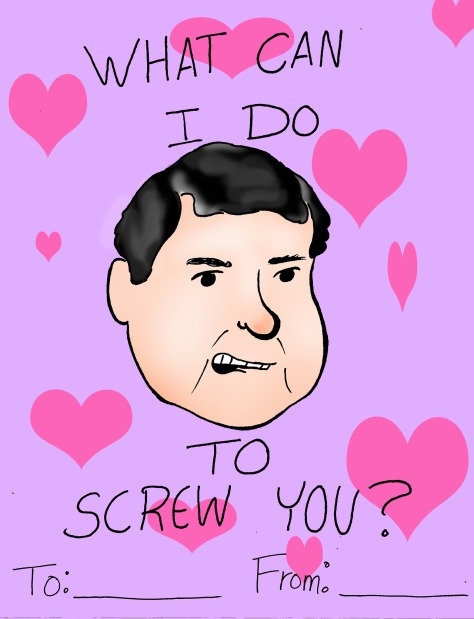 This Valentines, give the gift of The Annual!

Or at least the same greeting that Richard Nixon gave Dick Cavett. 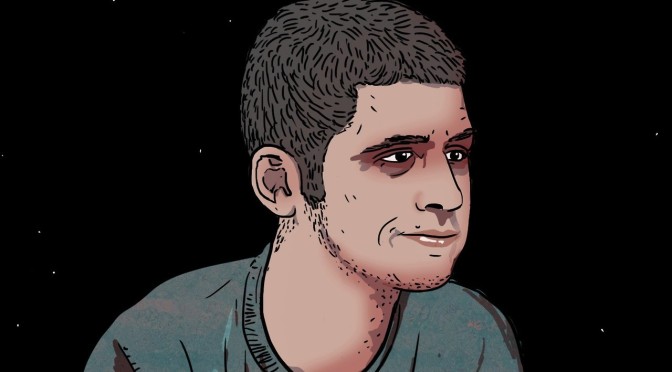 There is a man in Orlando, Florida. He’s often bitter, yet sincere, and he’s a true stand up comic. This is the life of Nick Pupo.

DL: How long have you been doing comedy?

DL: Born and raised in Orlando?

NP: I think it was Altima, but I don’t really know. I forget everything that my parents tell me.

DL: Tell me about your first experience doing stand up.

NP: The first time I ever did stand up was at a place that I still go to every Sunday, Austin’s Coffee, and I was eighteen — I know this doesn’t make sense yet, because you’re like, “wait, you’re 23.” This is what happened. I went up, and I thought I was great. I had a great time. I brought out all my friends. The material I did I’m sure was shitty, but for a first time I guess it worked. So I thought I’d come back the next week and write an entire new five minutes, which really is ballsy, but actually idiotic. If your first time you have a good five minutes, or a decent five minutes, or what worked, whatever worked, come back next week and do it again. Do it again. Maybe work on it a little bit, tweak whatever needs to be fixed, but don’t write an entire new five minutes, you moron.

So that’s what I did. And I came back, and I drank a lot. Before I went onstage I drank a bunch of wine in the parking lot, because I was nervous, and I thought maybe I’d be funnier if I was drunk. And I went up, and I totally bombed. And I totally embarrassed myself. And at eighteen years old I decided, “I think I’m not gonna do that again. I don’t think I’m coming back.” So I didn’t for another two years, and when I was 20 I went back to the same place, did it again, had all my friends there so I had a good “set,” and it wasn’t until I ventured downtown, to other open mics around the city, that I discovered I had a lot of work to do and this is not gonna be easy, at all.

But that’s the thing is — I don’t know. There are so many times early on, early as in like, six months, or a year, or a year and a half, that you think like “Oh, I’ve got it! [snaps fingers] I finally get it! I get how comedy works!” I’ve been doing it now long enough to know that I have no idea what I’m doing, and it’s gonna take a while. But, you know, I’ve had my good nights. I’ve had plenty of good nights. But even the good ones, it’s just — it never seems like it’s enough.

END_OF_DOCUMENT_TOKEN_TO_BE_REPLACED

I just want to point out how well The Annual fits in the pocket of a Johnny Carson Suit.

The Annual
Create a free website or blog at WordPress.com.